Founding Father and hero of an award-winning Broadway musical, Alexander Hamilton is enjoying a tremendous surge in popularity. This collection features complete outfits for three paper dolls of the statesman at different stages of his life, plus dolls and costumes for some of his famous contemporaries, including George Washington, Thomas Jefferson, King George III, James Madison, John Adams, and Aaron Burr, as well as for his wife, Elizabeth, plus Maria Reynolds and Angelica Schuyler.

There are no reviews yet. 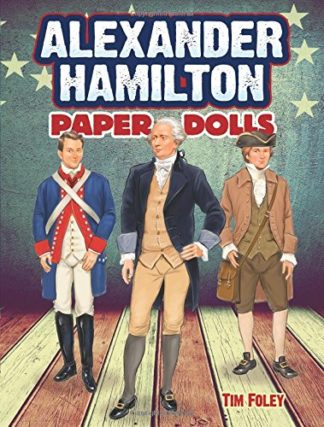